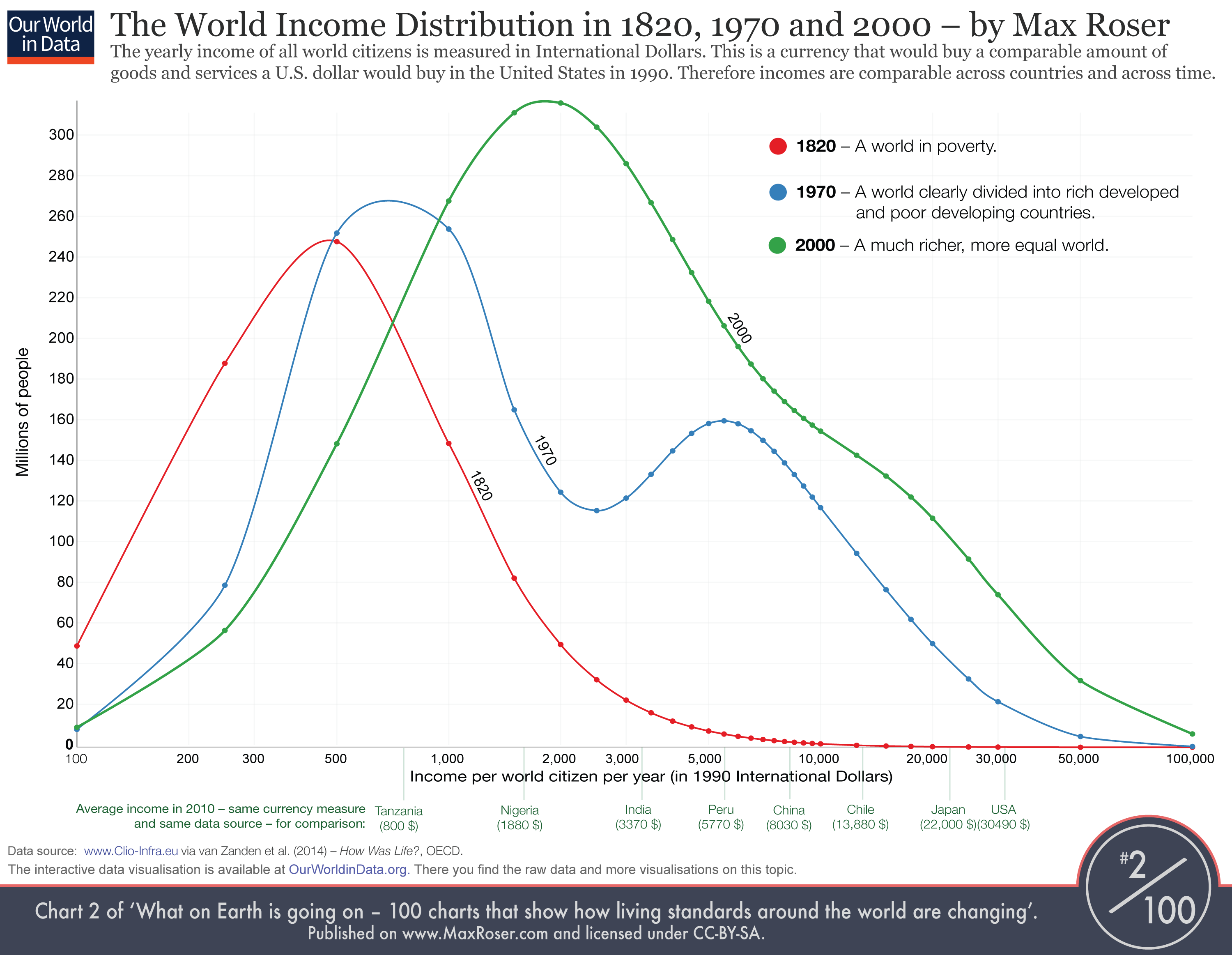 This chart shows the distribution of the annual income between all world citizen. To make incomes comparable across countries and across time the annual incomes are measured in International Dollars – this is a currency that would would buy a comparable amount of goods and services a U.S. dollar would buy in the United States in 1990.

The distribution of incomes is shown at 3 points in time:

This is part of my 100 chart project.

I have taken the data from van Zanden, J.L., et al. (eds.) (2014), How Was Life?: Global Well-being since 1820, OECD Publishing. Online here. The plotted data is interpolated using Cardinal spline.
The data used in this OECD publication is originally from the Clio-Infra data base and I have taken the data of average incomes (=GDP per capita) in 2000 (shown in green) from the same source.